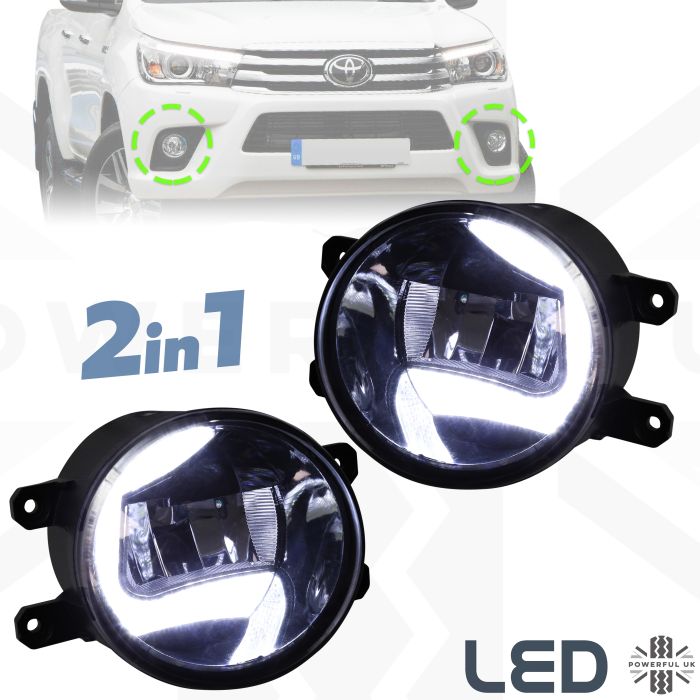 Skip to the beginning of the images gallery
Hilux 2016 on

This listing is for a pair of LED 2in1 Fog/DRL lights for the Toyota Hilux Mk8 2015-20 (also called the Revo in some markets).

These lights are purpose made items for the Hilux Mk8 and can be swapped for the standard halogen fog lamps.

These are a 2in1 light which have 2 separate functions:

1) FOG LAMP - this is the central part of the lamp with bright LEDs producing a clear white light.

2) DRL MARKERS - this is an outer strip of LEDs.

These lights have a tough polycarbonate lens which does not shatter like glass.


As the lamps do not have a pre-wired connector you will need to do some simple electrical work to wire them into your vehicles electrics.

These lights are not e-marked but will pass a UK MOT.

These items are not Genuine Toyota Parts.

These are a replacement part for your existing lamps.

This item will not fit the older Hilux models pre 2015

This item will not fit the Hilux Invincible X/Rocco models