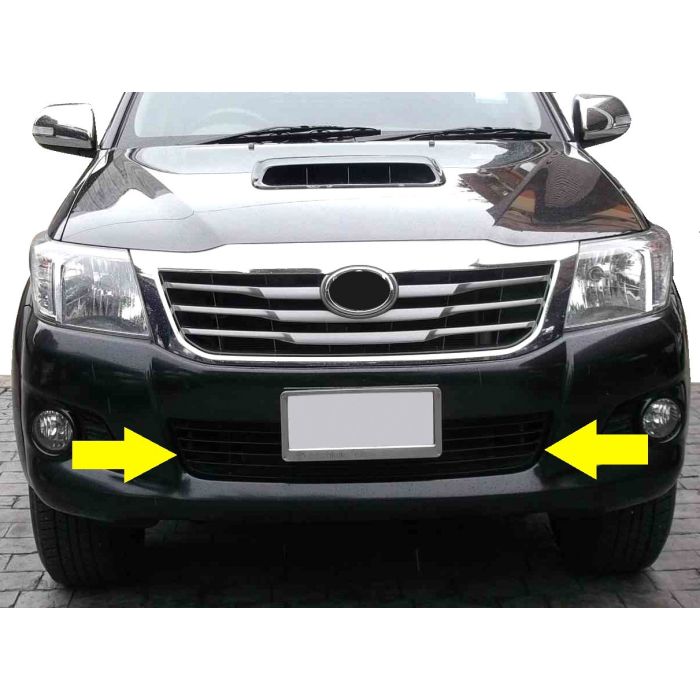 This is a replacement plastic mesh that fits into the standard front bumper on the Toyota Hilux Mk7 from 2012.

These often get damaged in use due to their position low down in the front bumper.

This is made from tough ABS plastic.

This bumper WILL FIT The Toyota Hilux Mk7 from 2012 on